9 million DKK straight into the bin

Banksy is the “stage name” of a famous British graffiti artist whose real name remains unknown. Many believe he was born in 1974 in Yate. Banksy is an artist with a lot on his mind - his works are often very satirical and critical of political issues such as war and capitalism.

Banksy's works have gradually become worth a lot of money. On October 5, 2018, one of his works 'Girl With Balloon ' was put up for sale at an auction at Sotheby's in London. A European art collector bought it for the sum of 8.46 million Danish kroner. Once again, though, Banksy's humor would play a trick on everyone. When the hammer fell and the auctioneer said "sold", the frame around the picture simply began to shred it into strips. Banksy also posted a video on his social media showing how, some time before, he had built the shredder into the frame.

The new owner of 'Girl With Balloon' could therefore only watch, while her expensively purchased investment eventually hung half in strips under the frame. She says, however, that it then quietly dawned on her that she was now the owner of apiece of art history, which has since been named 'Love Is In The Bin'. It is the first Banksy piece to be created during an auction.

If you want to hear more about Banksy and the mysterious world of graffiti art, you can watch the documentary EXIT THROUGH THE GIFT SHOP at Kino Club right now. This documentary was actually nominated for an Oscar for Best Documentary. As far as is known, Banksy did NOT show up for the Oscars - he probably had a secret identity to maintain.

9 million DKK straight into the bin

The incredible story of the girl with the balloon 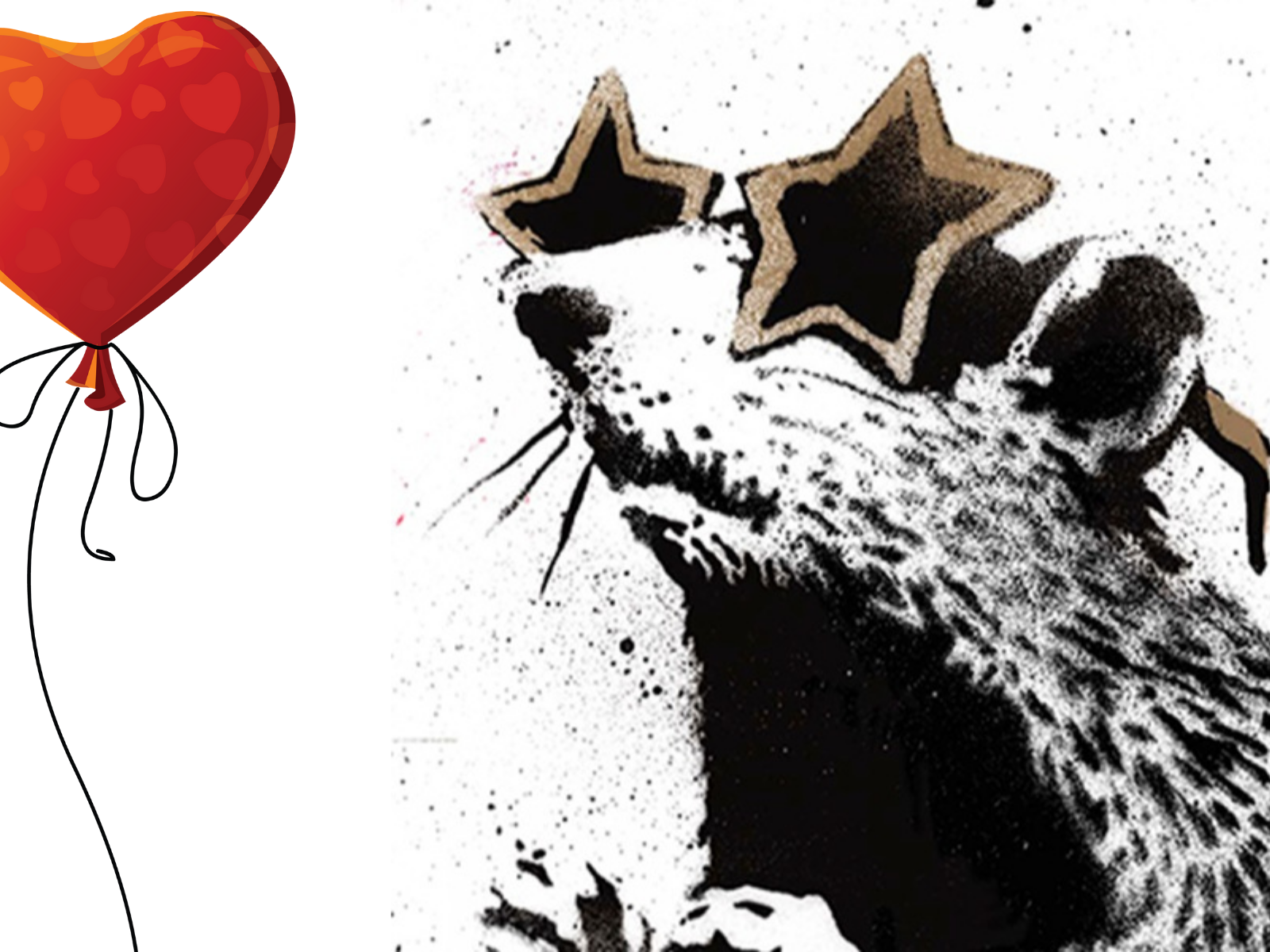