The dog Hachiko is known throughout Tokyo – in fact the whole world - for his love and loyalty to his owner, Hidesaburo Ueno. Every day at the same time the little dog sat faithfully waiting for its owner by the train and the joy of reunion was great with them both. Until one day when Mr. Ueno unexpectedly did not get off the train. But this did not stop Hachiko from continuing to go to the train station every day and wait for his old friend.

The loyal dog has been honored with no less than 2 statues in Tokyo. The first statue shows Hachiko patiently waiting for his owner and is a tourist attraction in Shibuya, Tokyo. Some felt that this statue was sad because it showed Hachiko sitting lonely and waiting for his owner who never came. The University of Tokyo - the university where Mr. Ueno taught for 20 years - therefore believed that there was a need to also remember the happy moments between Hachiko and its owner. Moments where the happy pair was reunited by the train and went home together. Therefore, the university decided to erect another statue. The new statue shows a happy moment between Hachiko and its owner and stands at the University of Tokyo at Todai-Mae.

The incredible but true story is so nicely told in the film Hachiko: A Friend for Life, starring Richard Gere. Watch it today at Kino Club. 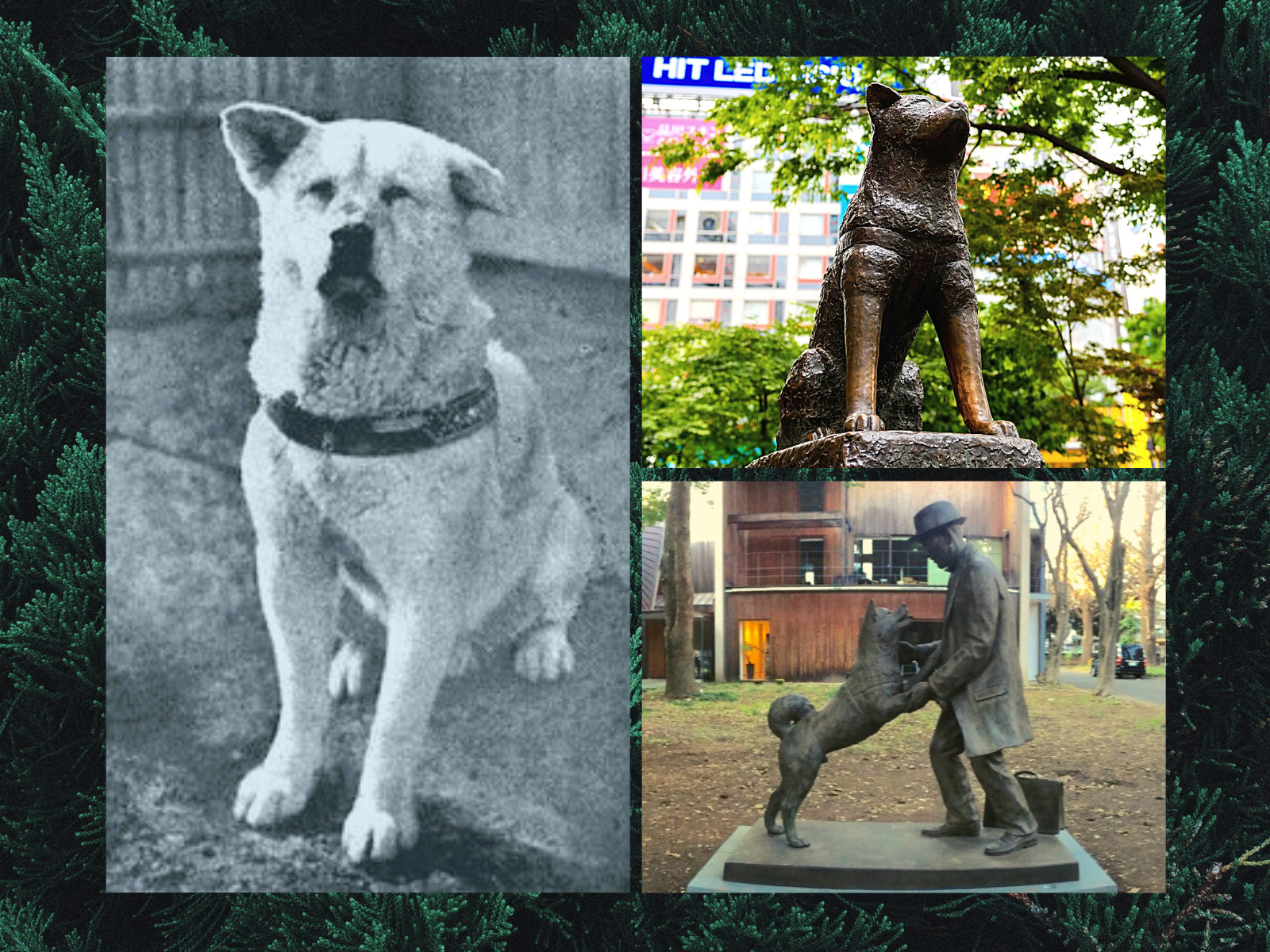