And then a bird shat on my head!

I HATE VALENTINE'S DAY is something as rare as a romantic movie that is critical of the most romantic day of them all: Valentine's Day. The film is about the florist Genevieve who has her very specific rules when it comes to romance. Five dates and then it's goodbye. This way she will not get dumped and can just enjoy the five dates. But then she meets the restaurateur Greg and before she knows it, Genevieve is in love. The only problem is that Greg seems to be a big fan of the five dates rule – but what will happen after the last date?

The film is the directorial debut for Nia Vardalos, who has also written and plays the leading character. She says that her inspiration for writing the film came from her own life. In an interview with Canadian Living, she says “My inspiration for I Hate Valentine's Day was that I was a florist at one point. I used to see the pressure on people to be romantic.” Her goal was to expose this pressure and create a film for everyone - whether they are in a relationship or not.

Asked if she celebrates Valentine's Day herself, Nia tells Entertainment Weekly that they have some very special Valentine's traditions at home: " We have a tradition — we invite a bunch of friends over … We eat a bunch of food, drink a vat of wine and all tell our worst dating stories. Before I was married I had some good my loser stories that usually start with “he’d made a bet with his friends” and end with “and then a bird shat on my head.”

If you need a break from the traditional Valentine's Day, then it is time to go in and see Nia Vardalos in I HATE VALENTINE'S DAY at Kino Club.

And then a bird shat on my head!

Not all Valentine’s stories are about true love 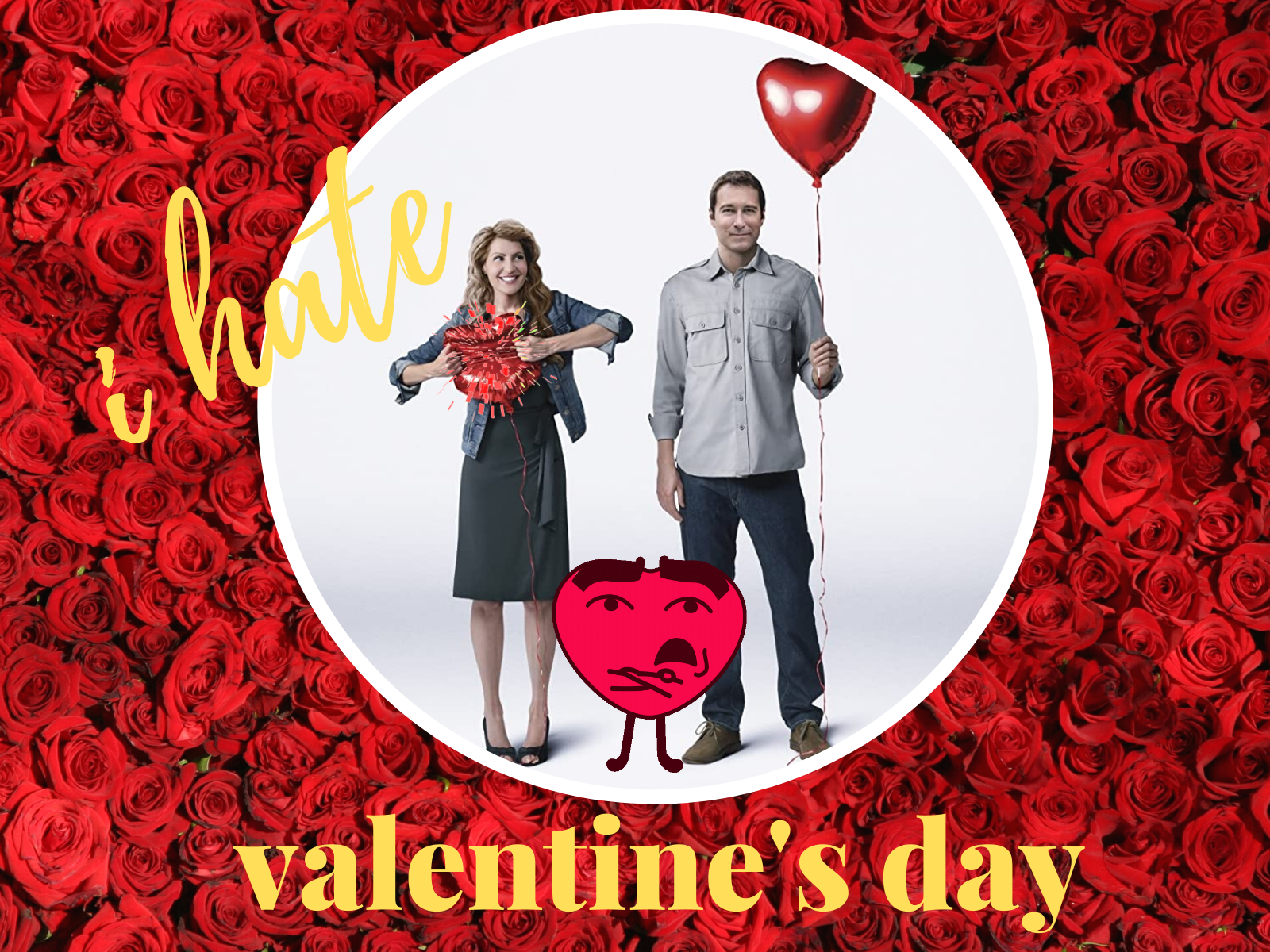