Brochure offers 12 ways to get killed

If there's anything the British makers excel at, it is making hilarious films with black, satirical humor. DEAD IN A WEEK (OR YOUR MONEY BACK) - this week’s Thursday Classic Movie - is one of them.

The film is about William, who has seven failed suicide attempts behind him. When he realizes that he needs professional help to get the job done, he hires the aging hitman, Leslie. Leslie welcomes the somewhat untraditional task, for he has difficulty reaching his quotas to maintain his membership in a hitman lodge. With the contract signed, William is waiting for the inevitable. But with death secured within a week (or the money back), William feels a weight lifted of his shoulders and discovers a reason to live. However, a contract is a contract as far as Leslie is concerned, and William will not get out of it so easily.

Starring as the aging assassin Leslie, is the double Oscar-nominated British actor legend Tom Wilkinson. In the usual British, the story of the failed assassin is taking to top level satire. One example is the small detail that Leslie has a small brochure with 12 ways he can offer to kill: A Heroes Death, Snakebite, Burnt Alive, Accident, Poison, Hit and Run, Overdose, Electric shock, Blunt weapon, Fast and painless, Stabbing and last but not least Fast and painful.

To see which method his latest victim, William, has chosen, watch DEAD IN A WEEK (OR YOUR MONEY BACK) tonight.

Brochure offers 12 ways to get killed

British satire at its best 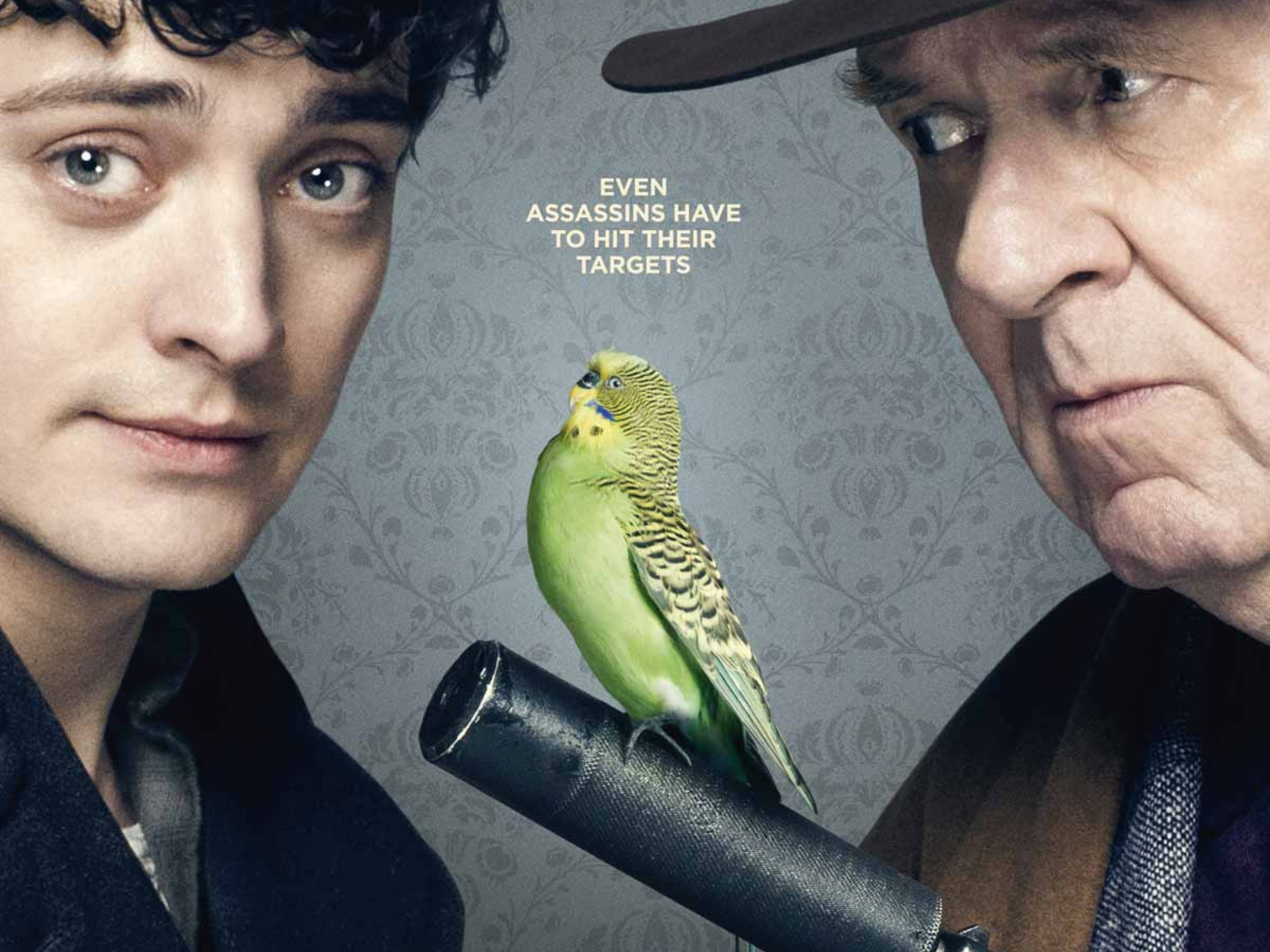