In this week's Thursday Classic Movie, MINE KÆRE KONER, we see Gunnar Lauring in the role of the celebrated and womanizing actor George Bergmann. George has four previous marriages behind him, and during a visit to his theater wardrobe, his ex-wife totally misunderstands the situation. They suspect that he has started dating the young Hanne Reimer, who is also present during the visit. But she is in fact an acting student of George’s.

Soon after the four ex-wives sit down to thwart George’s assumed relationship with the young girl. They become so preoccupied with their cunning battle plans that their new husbands begin to fear that George is once again occupying a place in their wives' hearts. The terrified husbands form an allegiance with the purpose of investigating George's circumstances and possibly incapacitating him. George may now need all his magnificent abilities as an actor to defend himself against the many attacks from the husbands and the dear wives, who unknowingly sets George on a path towards his fifth marriage. 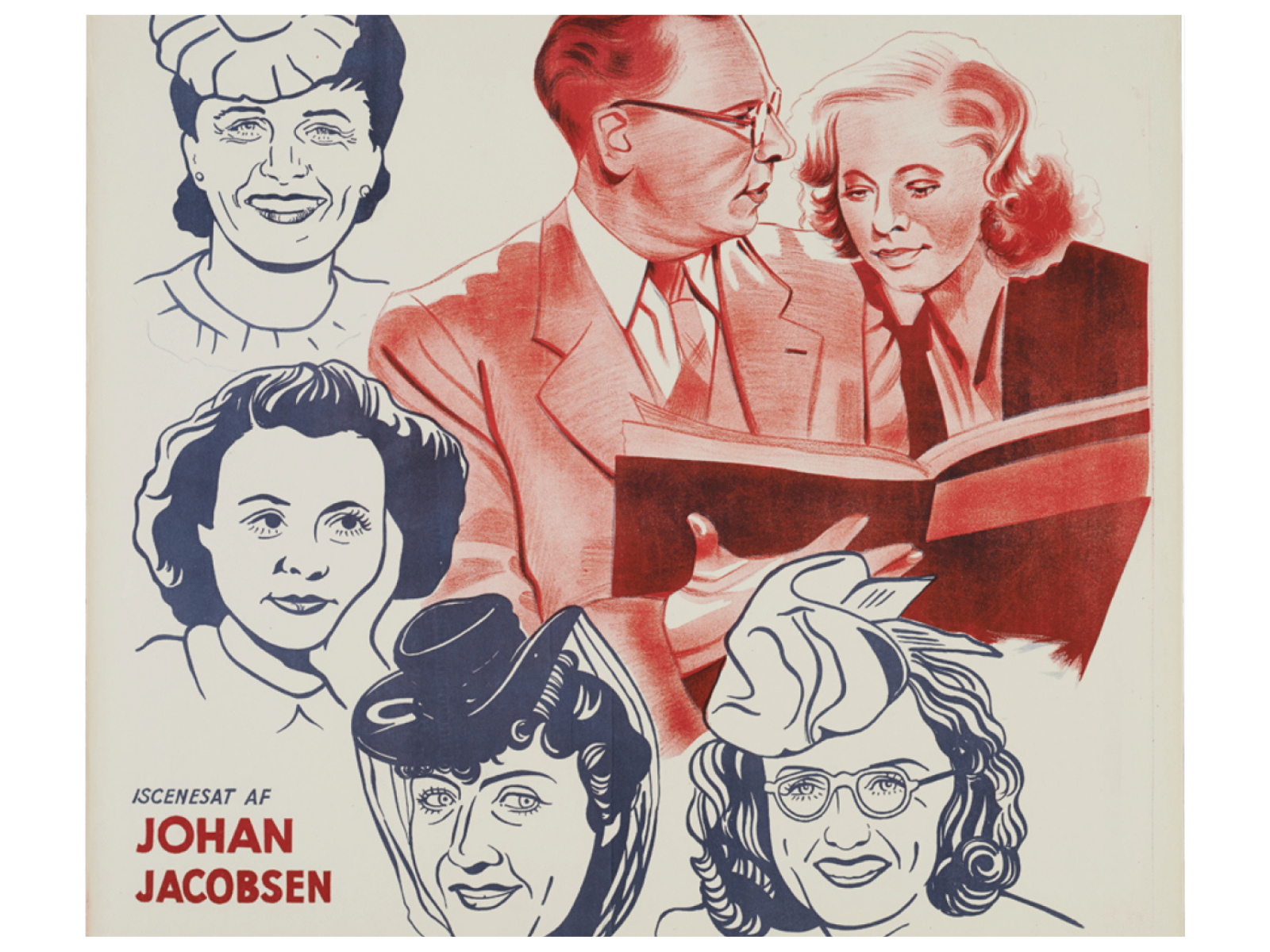