Danish superstar on the program

This week we are looking at Danish stars who have done well abroad, and therefore we have chosen the film Eastern Promises as our Thursday Classic Movie. The film has Danish / American actor Viggo Mortensen in the lead role, and he was nominated for an Oscar for his work.

Viggo Mortensen was born in the USA to an American mother and a Danish father, Viggo Peter Mortensen, who was born in Vigersted near Ringsted. Viggo grew up in New York and later South America, but when he graduated from university, he moved to Denmark. He stayed here, until he fell in love and moved with his girlfriend back to New York. However, Viggo still has a strong bond with Denmark and family and friends here he visits often. He speaks Danish fluently, has a Danish citizenship and in 2010 was made a knight of Dannebrog. In 2015, he received an Honorary Bodil for his career and because he has helped to forge a bond between Denmark and the international film world.

In Eastern Promises, the Oscar-nominated actor plays the mysterious and charismatic Russian-born Nikolai Luzhin. Nikolai is the driver of one of London's most organized, criminal families, part of the dreaded Vory V Zakone fraternity. Nikolai's life is disrupted, when he meets the beautiful midwife Anna Khitrova (played by Naomi Watts), who, in her search for clues in a deceased patient's diary, gains life-threatening knowledge about the criminal fraternity.

Danish superstar on the program 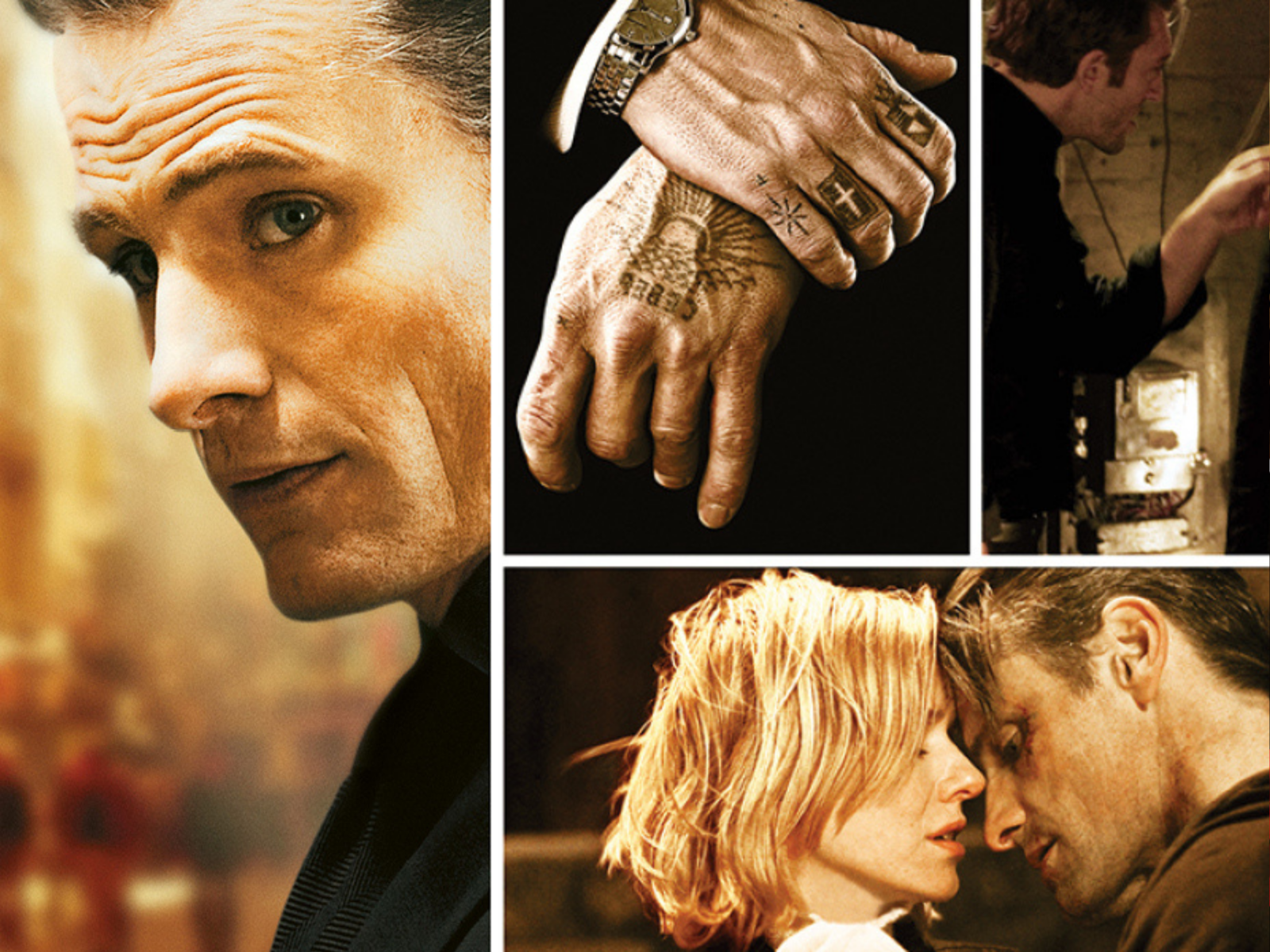