Martin Buch and Mille Dinesen in a swinger club

Danish comedy is best when it is dark as coal! And if you add a little Woody Allen style, then you have the Danish film SWINGER. In the leading roles you find Martin Buch and Mille Dinesen. Buch plays Adam, who lives in the very best of decent boredom. He has the life he always wanted: a lovely wife (played by Mille Dinesen), an independent son, a good job and good friends. To spice things up a bit, he and his wife have started going on annual weekend trips to a swinger club and one day something happens that simply must not happen in a swinger club - Adam falls in love.

The feeling that the grass is much greener next door and that happiness seems to be found somewhere else, is probably something a lot can recognize. And the fact that the film easily relates to one's own life is a great quality. "The film has a lot you can relate to from your own life" says Martin Buch "There are many stories in the story. My character has withered into the love life and just thinks back on the dreams.”

It's not Martin Buch's first time filming in a swinger club, but he's glad that the environment in the film SWINGER does not look like what he experienced during previous filming in a swinger club on Amager. The film was shot at a beach hotel on Ærø and therefore the it takes place in an environment that is more luxurious and beach hotel-like - not black, dingy and sad.

Martin Buch and Mille Dinesen in a swinger club 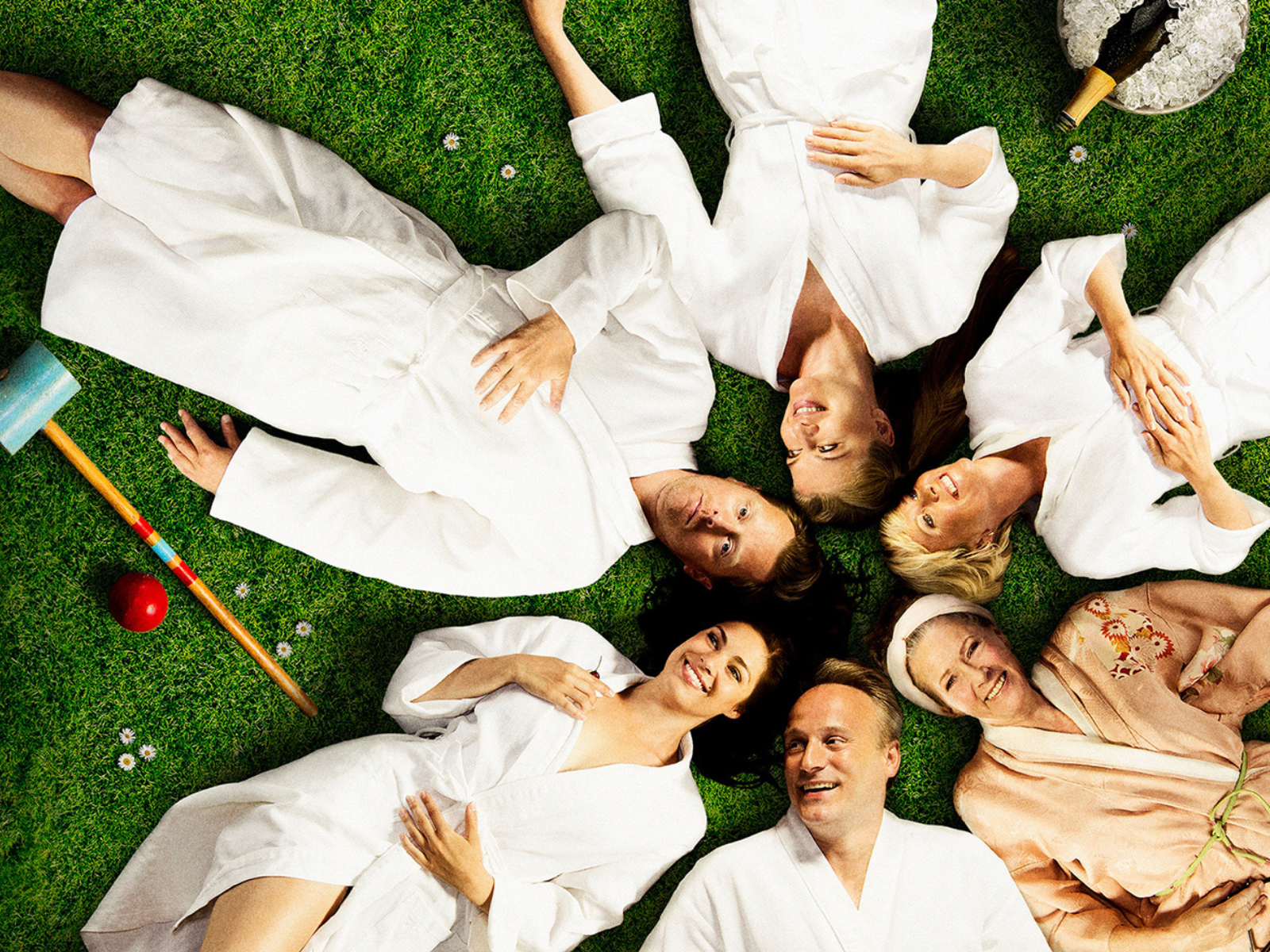