Mom is the best in the world

At first glance, Mother's Day and war do not seem to have anything to do with each other, but if you look at the story behind Mother's Day, there is actually a strong connection.

In 1929, Mother's Day came to Denmark for the first time on the initiative of a former American soldier named Christian Svenningsen. He was born in 1896 in Mårup parish in Denmark but had emigrated to the United States in 1911, and participated in World War I for the American army. Here he had experienced anew custom, which was that on a certain day, one should give one's own - and other’s - mother special attention.

Upon his return to Denmark, he became active in the association " De Allieredes Danske Vaabenfæller " and from here sprang " Kommiteen for Moders Dag”. Once every year, this committee was responsible for raising money for the benefit of widows of war and mothers, who had lost a son. Later, the money went to Mødrehjælpen and other social purposes. Nowadays, it is more in the individual families that Mother's Day traditions are created, but it is still with the same goal – giving one’s mother extra attention.

As our Mother's Day film, we have chosen the film MOR SKAL GIFTES. On the estate "Bursøholm" a semi-annual recurring event is taking place. The estate's owner, the sweet widow Inger Holm, is expecting a visit from her two daughters, Kate and Eva, both with their husbands, as well as from her stepson Ulrik and his fiancée. Twice a year this invasion takes place, with the three children on this occasion each being paid a larger sum by Mrs. Inger. A weekend full of family complications and confusion is bound to happen.

Mom is the best in the world

We celebrate Mother's Day with a good movie for you 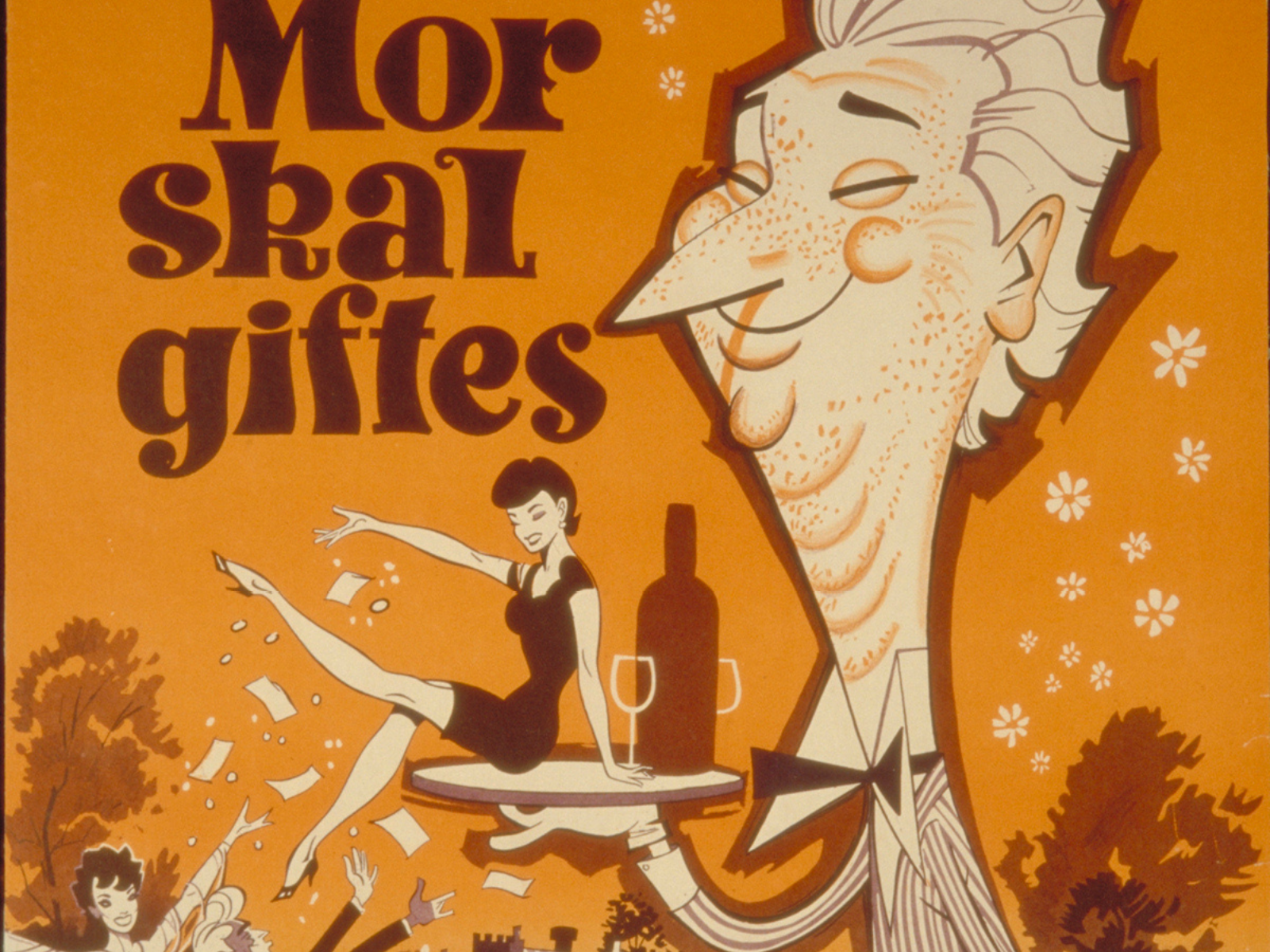