At Kino Club, we love a good comedy that can help spread laughs and joy among our members. That is why we also make sure to always have a good collection of fantastic and funny films. We've made a list of our 10 favorite comedies at Kino Club, to make it easier for you to choose.

1. All Inclusive- with Maria Rossing, Danica Curcic and Bodil Jørgensen. When Lise is abandoned by her husband, her twodaughters, the chaotic Ditte and the overly sensible Sigrid, decide to takeher to Malta on a holiday that quickly develops into a fun mess.

2. A Little Something for Your Birthday - with Sharon Stone, Tony Goldwyn and Ellen Burstyn. Senna Berges is a hard-working clothing designer going through an identity crisis. But on her 46th birthday, she meets lawyer Adam and Senna's life begins to blossom.

3. Mine Kære Koner - with Gunnar Lauring, Beatrice Bonnesen, Randi Michelsen and Nina Kalckar. When feted actor George Bergmann's four ex-wives hear that he is making approaches at a young, aspiring actress, they feel they must intervene. This soon leads to major misunderstandings and complications.

4. Amélie - with Audrey Tautou. Amélie has had a sad childhood without love and now works as a servant. But one day she decides to intervene in other people's lives to bring happiness and joy.

5. Bussen -with Dirch Passer, Malene Schwartz, Karl Stegger and Ove Sprogøe. The newcomer clerk is unsympathetic and wants to introduce modern methods. But when the local bus driver is fired, the women go on strike - they want the clerk away.

6. The Queen of Spain - with Penélope Cruz and Cary Elwes. In this comedy-drama, Oscar-winning Penélope Cruz reunites with award-winning director / writer Fernando Trueba to create a follow-up story to their 1998 film, La niña de tus ojos.

7. Be Kind Rewind - with Jack Black, Mos Def, Danny Glover, Mia Farrow and Sigourney Weaver. After an accident, Landfill worker Jerry is 'magnetized' and unknowingly deletes all the movies in his friend's video store. They decide to recreate the movies by making their own - rather unconventional- versions!

8. Superclásico - with Anders W. Berthelsen and Paprika Steen. Christian is about to bankrupt with his wine shop and is basically losing control over everything after his wife, Anna, has left him. One day he takes a plane to Buenos Aires to win Anna back!

9. The Men Who Stare At Goats - starring George Clooney, Jeff Bridges and Ewan McGregor. Journalist Rob Wilton meets Lyn Cassady, who claims to belong to a supernatural department in the U.S. Army. The founder of the program has disappeared and Cassady must now find him.

10. Baby Paa Eventyr - with Angelo Bruun, Berthe Qvistgaard, Gunnar Lauring and Beatrice Bonnesen. District Attorney Erik Jessen gets a visit from one of his youth's swarms, Elisabeth, who is now married to landowner Gustav Rosenfeldt. She is unhappy that her husband has invited a young painter to stay on the estate and in her jealousy she herself seeks out a flirtation.

Watch these and many other hilarious comedies here at Kino Club

Inspiration for your next funny movie night… 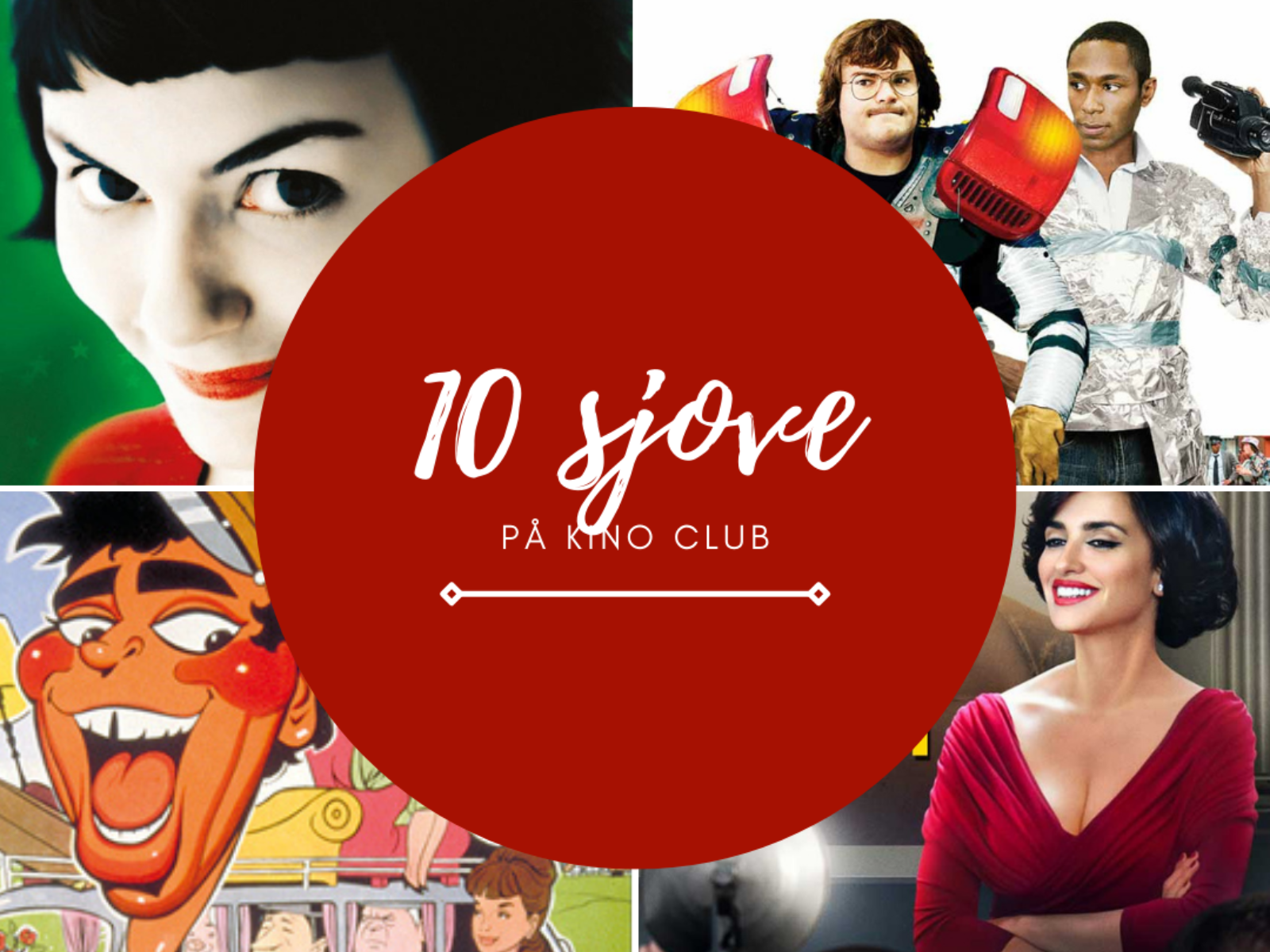