With The Christmas Calendar, phrases like ”Ooooluf, a står under æ mistelten”, ”bob, bob, bob bob” and ”Ja, det er æ så ring’ endda” was made popular in Denmark. In a wonderful mix of Danish and English, the trio De Nattergale, consisting of Viggo Sommer, Uffe Rørbæk Madsen and Carsten Knudsen, delighted and charmed all of us in the 30-year-old Christmas calendar. They continued as De Nattergale up until 1993 and in 2001 they reunited when they made the Christmas calendar ‘CWC – canal wild card’ followed by ‘CWC -World’ in 2003. But how have the 3 fared since?

Viggo Sommer played the potato farmer Oluf Sand. He has since appeared as a drunk Santa in 'Ludvig og Julemanden' and in films such as 'Pendlerkids' and 'Hedensted High'. In November 2017 he sang vocals on the Christmas song ’Sving Dine Dadler’ for the band Skullclub. He has since moved to Bali, where he does art projects.

Carsten Knudsen melted the hearts of most Danes in his role as potato woman Gertrud Sand. In addition to acting, Carsten is also known as a musician and composer. He has released albums such as ’Ukulele’, ’Skal den være rød eller skal den være blå’ and ’Som en humlebi’. He now does jazz and ukulele concerts and musical lectures.

Uffe Rørbæk Madsen became known and feared as the evil Nåså'er Benny. He has since appeared in several films such as 'Dirch', 'Hedensted High' and in 2019 he played investigator in the series 'Den som dræber'. He has also been the screenwriter for the films ‘Julemandens Datter 1 and 2'.

Here are the stars from The Christmas Calendar today 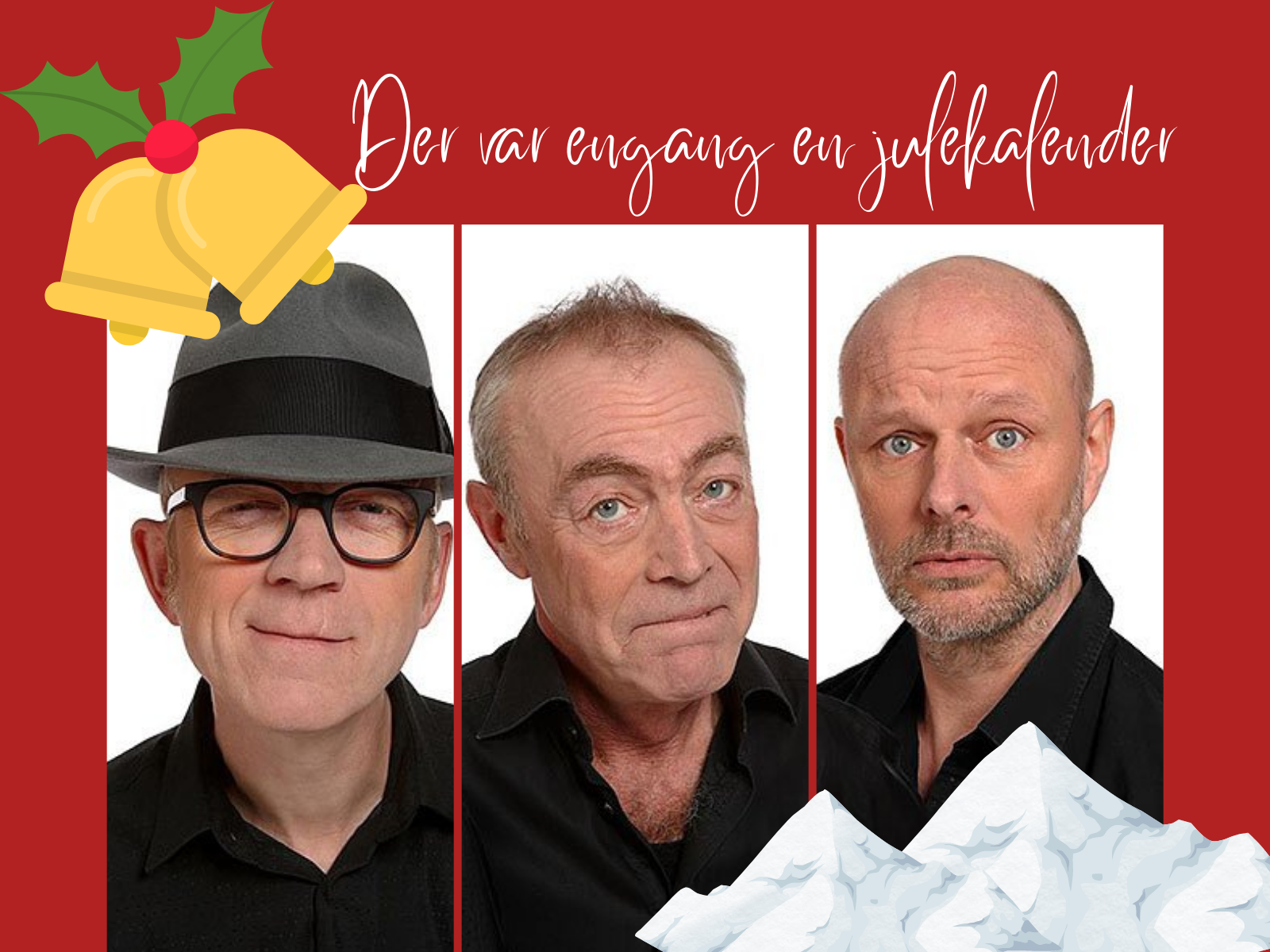