Is there anything better than gathering around a TV with a good movie classic? We don’t think so! Every Thursday on At Kino Club, we invite you and your loved ones to sit back and relax on the sofa and watch a great, old movie with us - a Thursday Classic Movie! Our Thursday Classic Movies we will announce in the days up to and there will be an opportunity to share your opinion about the film, on our Facebook page:https://www.facebook.com/kinoclubsocialdanmark

This week's Thursday Classic Movie is the old, Danish comedy "Bussen" from 1963. The film has an incredible cast, including Dirch Passer , Malene Schwartz , Lily Broberg , Karl Stegger , Ove Sprogøe , Arthur Jensen , Poul Hagen . However, it is someone completely other, who is the main character! The old bus from Samsø, a Chevrolet Six from 1934, was used for the filming and afterwards it went back to work as a local bus on Samsø until 1970. Here it was sold and ended up in Germany.

One day Svend Larsen, a local man from Samsø, saw that the iconic bus was for sale in Den Blå Avis and he made a quick decision and bought it. He gave the bus an overhaul and began - in the best Dirch Passer way - to show interested people around Samsø in the characteristic bus. For 10 years, Bussen and Svend Larsen thus drove everyone - from locals to tourists - around the island during the summer period, where he told "truthful’ish stories" in the classic, calm Samsø fashion.

So is the story of the little bus who became a movie star and later returned home again. If you want to see the iconic Chevrolet Six in action on the big screen, then join us tonight as we invite you and your loved ones inside for a Thursday Classic Movie at Kino Club.

The little bus that became a movie star 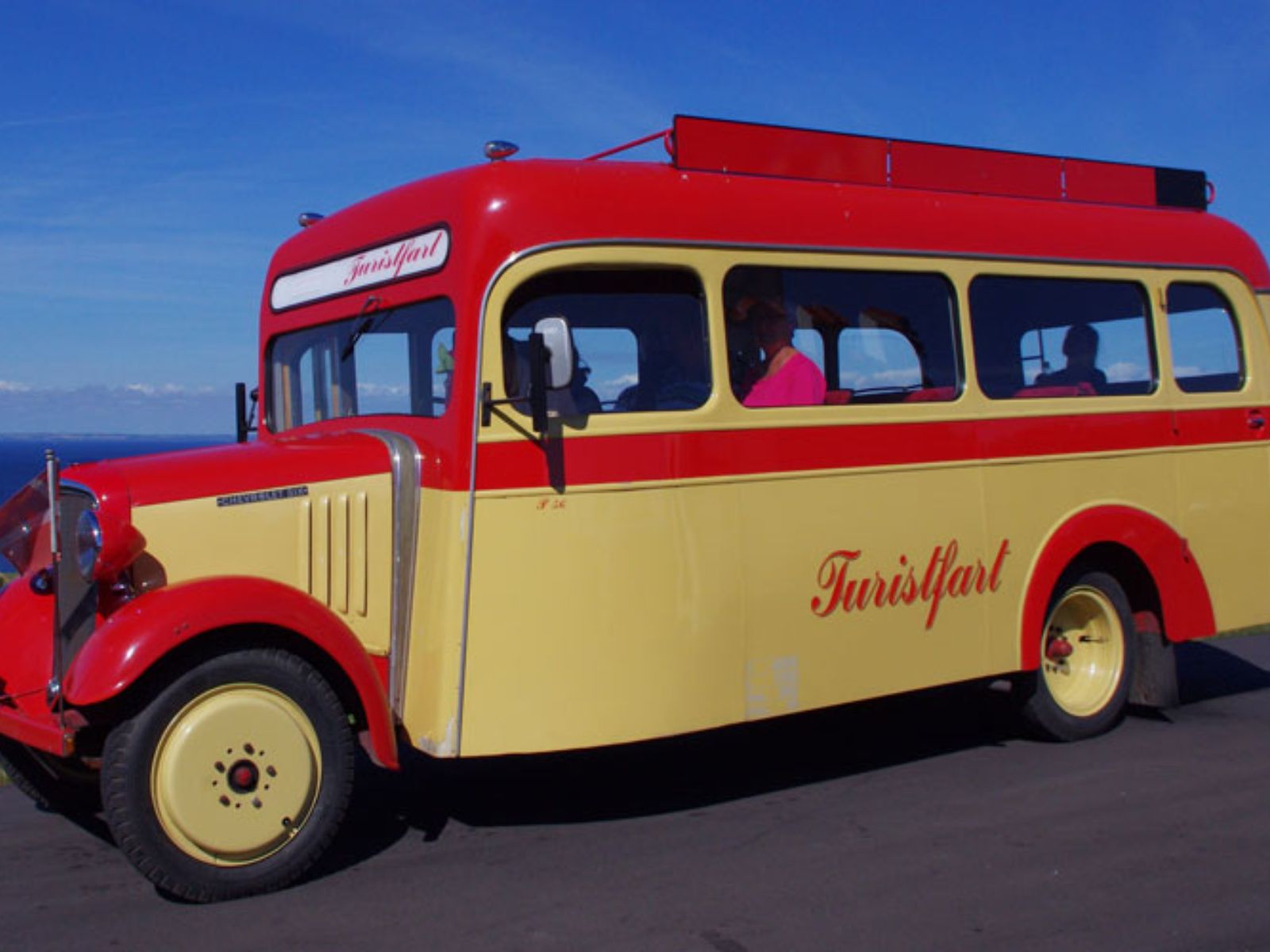