When mum wants to make ties

FAR LAVER SOVSEN is a wonderful Danish folk comedy with Morten Grunwald and Ghita Nørby. They play Bitten and Herbert, a happily married couple with two children. Herbert is a teacher and Bitten works at a tie factory. When the maid resigns and Bitten becomes director of the factory, the old gender roles are turned upside down. And then it immediately becomes interesting to see how the outside world in 1967 reacted, when it was suddenly the woman who was the boss, and father who made the sauce.

Although the title suggests the father is the main character here, this is just as much Bitten's (Ghita Nørby's) film. With full support from home, Bitten enters a male-dominated tie world, where many initially shake their heads over her presence. Fortunately, she has the full support of two of the factory's main shareholders: Aunt Karla and Aunt Dorit, who clearly also think it's Bitten's turn in the driver's seat. As Bitten’s self-confidence and workload rises steadily,  so does Herbert's at home.

See if Bitten and Herbert succeed in getting comfortable with their new roles, in the film FAR LAVER SOVSEN on Kino Club today.

When mum wants to make ties

Father has to make the sauce 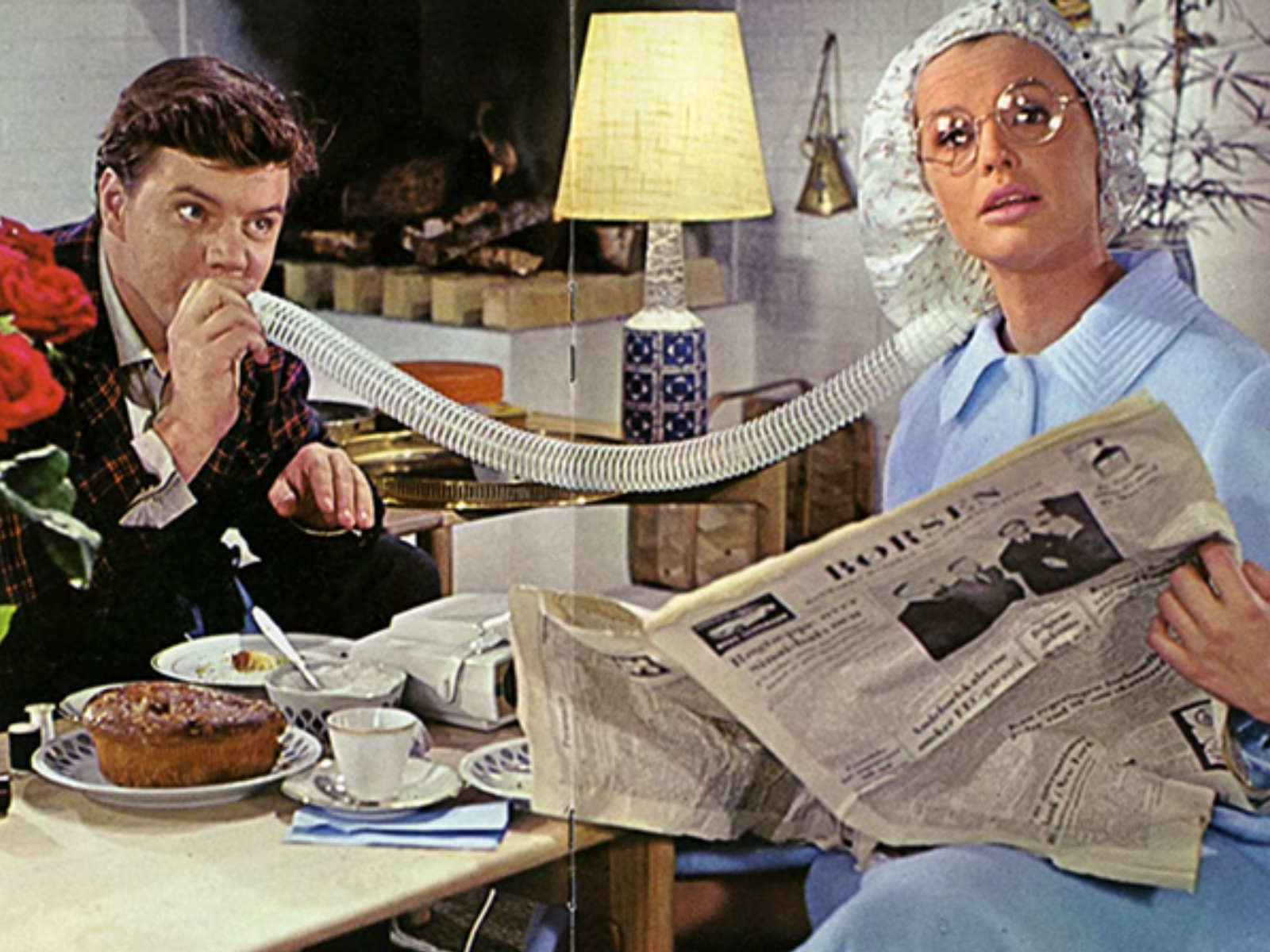