Wild waves are chrashing in Nyboder

Is there anything better than gathering around a TV with a good movie classic? We don’t think so! One of our absolute favorites in that genre is the Danish classic ‘Flådens Blå Matroser’ starring, among others, Ib Schønberg and Christian Arhoff. The film goes ashore in Nyboder, where lots of drama is taking place: young Lilly wants to take to the stage and become an actress, much against her mother's wishes. At the same time, the rich heir Eyvind is trying his hardest to seduce the young Karin. So, when Eyvind and Karin's brother are called into the navy on the same time, the sails are set for trouble.

In the role of radio telegraphist Hjalmer Olsen, we see Ib Schønberg, who was one of the most popular actors of his time. This is evident when looking at the number of films he has starred in. He is credited for an amazing 127, ‘Flådens Blå Matroser’ only being one of them. His hard work was rewarded when in both 1948 and 1951 he received a Bodil for Best Male in a Supporting Role (for the film ‘Ta ', hvad du vil ha’) and Best Male in a Leading Role (for the film Café Paradis), respectively.

Watch Ib Schønberg and all the others when the ‘Flådens Blå Matroser’ docks at Kino Club tonight.

Wild waves are chrashing in Nyboder

A great, Danish movie for your Saturday evening 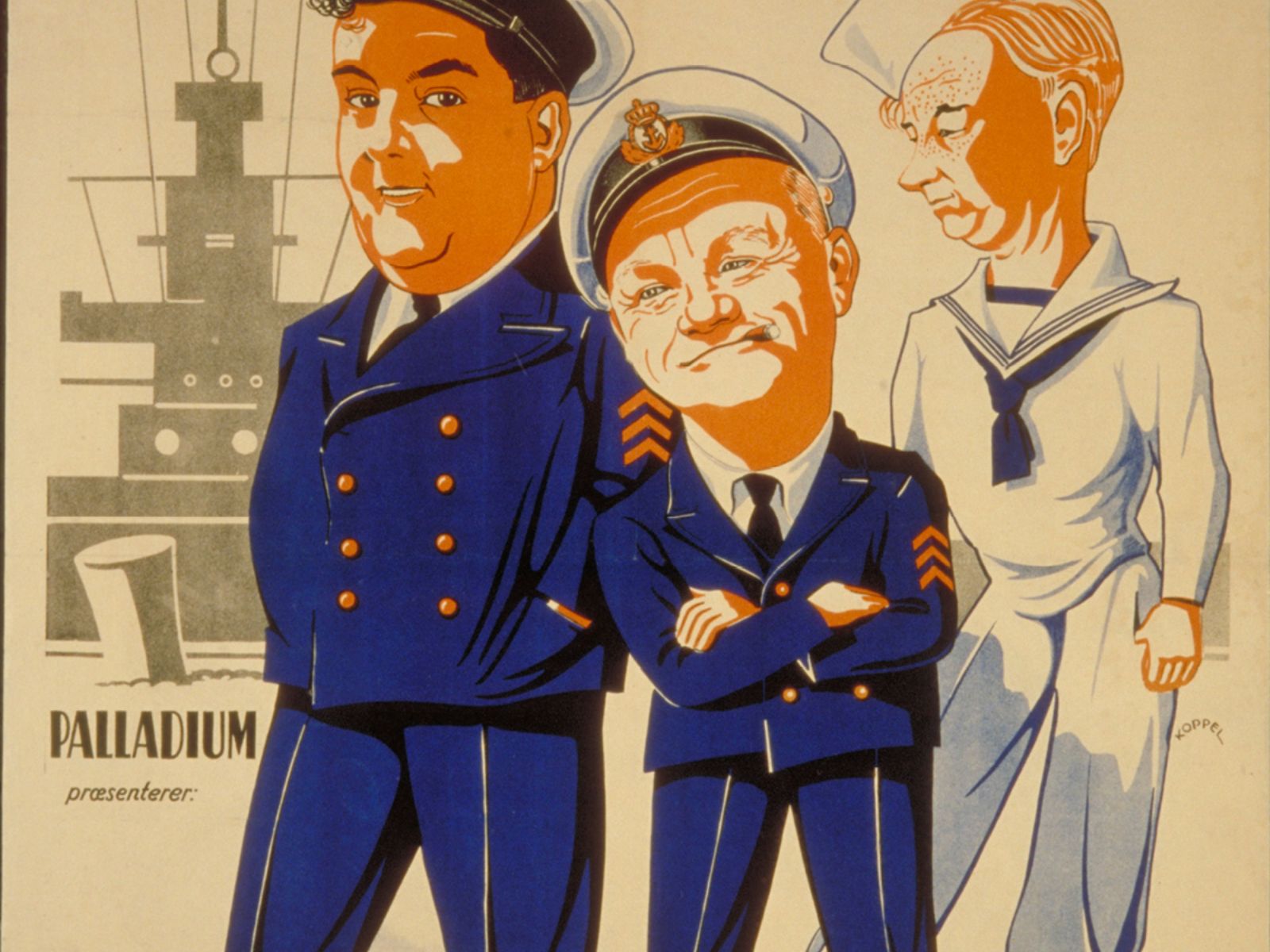